Starting the Next One: Book 5 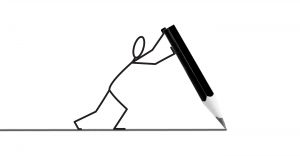 Hi, guys. I just wanted to stop by and let everyone know that I have started on book 5 of the Liz Baker series. It doesn't have a title yet, but I have a good idea as to where the story will go. At least right now I do. Sometimes my ideas for a story and the characters' ideas are worlds apart when we get to the "The End."

I'm *hoping* 2013 will be kinder to my family than 2012 was, thus allowing me to write and release two Liz Baker books this year (plus a short or two). *Fingers Crossed* I know many of you would like the books to come out faster, but I'm a mom to three girls and they have to come first.

With the loss of my father-in-law a few months ago, and getting all of his affairs in order, plus some of my rental property issues...... Well, let's just say it has been rough. Throw in the holidays, kids' school stuff, and conferences, and I've been fairly frenzied for about 5 months now. It's a wonder I remember to eat on a daily basis, and even that's iffy from time to time.

Anyway, enough rambling for now. I just wanted to share this little bit of news, and be on the lookout in the coming weeks for a title, cover, and (hopefully) release date.  :)

Posted by Christie Silvers at 1:21 PM