Not an August Release After All 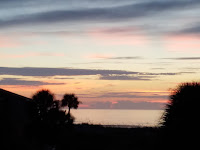 As most of my loyal readers know, I'm working on the 7th installment of my Liz Baker series. I've already released one full length book and a short story this year, and I have the goal of releasing this new Liz book, as well as getting started on the 2nd Penny book. My hope was to release in August and then jump right into the Penny book, with hopes of releasing in December or January.

Welllll, it looks like an August release is a no-go. Things have been a bit hectic around the Silvers homestead lately and my writing time has fallen by the wayside. Work has kept me busier than usual; the kids being out of school has prevented weekend writing; and then there's the stress of Mr. Christie working stupid night shift and finding time to spend together. Oh, and add on that my middle daughter turned 17 last week and is about to enter her senior year of high school. We're already working on college applications and SAT scores (this time next year I'll have two in college), while getting ready for her braces to come off so I can get braces on the youngest.

Can you tell I'm stressed the f**k out?

On the upside... I'm happy. Much happier than last year when I was still avidly mourning my mom's passing. So much has changed in the last year. I'm proud of my kids and looking forward to the middle one going to college. And an added bonus is I'll finally get the office I've always wanted when that happens. I'm looking forward to making it allllll mine! Also, I've been going to the gym religiously for almost 2 months now and I'm feeling fantastic! I love it! I've met my first weight loss goal and am closing in on the second one. I'm telling people that I've lost the baby weight from baby #3 and #2, and now I'm working off the weight from baby #1. She's almost 21 years old, but you know...  LOL!

Overall, it's a crazy time around here, and I'm hoping it will calm down soon, but in the meantime I am working in small spurts when I have the opportunity (like today) and even though the book won't release in August, I'm optimistic it will release this year. All you Liz fans out there stay positive and be on the lookout for future updates.

Posted by Christie Silvers at 11:48 AM No comments:

The Trials of a Book Series 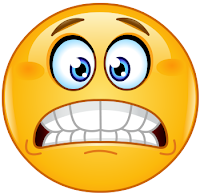 So, I've come to realize that picking up a series after two years leaves a massive need to reread all the books that came before. I'm working on book 7 in the Liz Baker series and realized I've forgotten a lot of the small details. I have a character database, but apparently I wasn't as detailed as I should have been. Not to mention, all the plots and subplots that are still working their way through the series. EEK!

I sat down and went through my notes on each book, but those aren't as helpful as you'd think since a lot time my stories take their own twists and turns... away from my notes. I'm really going to have to sit down, starting with book 1, and go through each on making new notes of what came before. I'd hate to disappoint readers by contradicting what was said in one book, or by not tying up loose ends before the series is over. And I certainly don't want to change the descriptions of all the hotties in those books. Heck no!

If you saw a plot or subplot in one of the books that you feel hasn't already been addressed or finished, please, let me know. If there's a character you'd like to see more of, of possibly know more about, let me know. Email me, message me on Facebook, or leave a comment here. One way or another I'll see your message and see what I can do about addressing you suggestion. In the meantime, I'm going back to the previous books to see what I can dig up. And maybe a better database is in order in case this problem arises again.  :D

Posted by Christie Silvers at 2:29 PM No comments:

I don't about where you live, but we've had so much rain lately in North Georgia that I feel like I'm going to float away. I've screamed in frustration and huffed in desperation several times over the last few weeks. The many acres of land we have needs to be mowed and trimmed. The chicken yard is so muddy and gross, and needs a new layer of dry leaves for the hens to enjoy, but I can't do it with all the rain. The water level in our pool is maxed out due to all the rain, and boy is it hard to keep clean when it it storms twenty minutes after I've shocked it (in hopes of swimming the next day). I've literally been in my pool ONE TIME since we opened it in May. UGH!

This past weekend I got 5 days off from the day job due to Independence Day and my hubby got 3 days off. It... Rained... Every... Freaking... Day!!!  We mowed a lot of sopping wet grass over several days. A task that usually takes us 1 day when we do it together.

And to beat it all, it'll be bright and sunny during the hours of 9am & 1-2pm, but as soon as I'm supposed to get off work at 2:30pm the skies open up and it rains the rest of the day. However, today I'm off work, but had to take my car for an oil change. I woke up to a nasty rainstorm, drove to and from my oil change in light showers, came home to spend some time with the hubby before he went to bed for the day (he's a night shifter...YUCK!), and now it's bright and sunny out there. *FacePalm*

Can you hear the frustration in my words? I certainly feel it.

Screw it... I'm going to go do some writing! That always makes me happy.

I hope you're all staying dry and enjoying your summer. :)

Posted by Christie Silvers at 4:21 PM No comments: