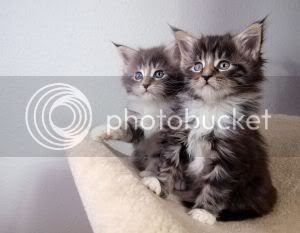 This morning I was doing a little research on my chickens. I do this when I have a specific thought or question regarding their raising and health. I like to know that all is going the way its suppose to be. Yes, I'm a bit OCD about knowing things, but isn't that what makes a writer a writer?

Anyway, this research brought me to the thought of putting a passing mention of chickens into my next story. Maybe someone Liz knows will have chickens, give her a batch of fresh eggs, or have an escaped chick. I don't think there are enough chickens that aren't being sacrificed in urban fantasy. LOL! All this research has to be good for something besides boring articles.

What do you think about animals in stories? Do you think the main character's beloved pet adds to the story? Or do you just skim over mentions of a Liz's bitchy cat, Tara, and get to the good stuff? Do you think caring for pets makes the heros/heroines more realistic?

I think animals add another level to any story. It doesn't matter if the main character is annoyed by morning bird songs or turning into a bird themselves. Animals bring something more primal, natural, into a story.

Anyway, enough animal rambling for today. The day is flying by and I still have more work to do in preparation for the next chapter I'm working on. Have a great one! I hope you've recovered from your Memorial Day

Posted by Anonymous at 1:01 PM No comments:

School's out for summer!

Happy Memorial Day ladies and gents. How is your day going? Mine has been pretty uneventful...just the way I like it. The kids even worked through their new summer chore charts without a hitch. I highly doubt their gusto for the new chores will last the entire summer though.

So school has been out for four days now and I'll be damned if my eyes haven't popped open every single morning at 6 am. Of course if school was still in 6am would be considered running late at my house. But still, how fair is that? Sheesh! I hope my internal clock starts running a little later over the next few days. Now, that's not saying that I'm actually getting out of bed at 6 am. No way in hell! Nope, I just roll over and go back to sleep for another two hours. Then again, after I've had a few days of laziness I may just take advantage of the 6am wake up call and get some writing work done before the kids wake up for the day. We'll see.

Though it's not technically summer yet, it certainly feels like it here in Georgia. We've had highs in the 90s already. We even filled the kiddie pool for the little girls yesterday. It's going to be a hot one when summer actually arrives. In my opinion it's better to have a hot summer than a bitterly cold and wet winter.

On the work front, it looks like I'll soon be an "Internationally Published Author". I've agreed to the contract from the Turkish publishing house ARVO and my books will be released in Turkey, starting with A Midnight Infatuation (Alex & Fiona, book 1) in July. All other books will follow in the months after, all the way to February 2012. I'm looking forward to this new endeavor and hope they are a great success with the Turkish readers. More to come as I have updates to share.

Before I go, be sure to pop over to the Facebook page and check out a special Manly Monday in honor of Memorial Day. It's definitely worth the click.

Posted by Anonymous at 2:25 PM No comments: