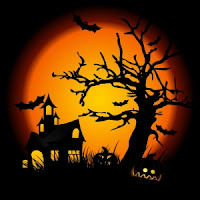 A week from today I'll be on my way to New Orleans for the Undead Con and the Anne Rice Wolf Gift Ball. If you're planning to attend, it's time to get those tickets ordered. ASAP! The ARVLFC will stop taking ticket orders on October 21st, so you better jump on it if you're planning to hang with me and other authors. Order today!

I'm super excited for my first trip to New Orleans. I've always wanted to visit, but never found the time to go. Now that it's "work" I'm definitely finding the time to go.  LOL! If only everyone could enjoy their work as much as I do.  ;)

I'll also get to meet up with my wonder friend, fan, and fellow author Robin Renee Ray... for the first time, face to face!!  I'm sure there will be far too many hugs, giggles, and loud, extreme, howling laughter. Least of all, the constant "shop talk" that always happens when two authors get together. My poor husband will be so bored (you should have seen him when I was at Book 'Em NC).  LOL!

I will be in attendance at all the events (Meet-n-Greet, Undead Con, Wolf Gift Ball) with the exception of the happenings on Sunday, October 28th. With a 9 hour drive between NOLA and home, I'll be heading out by noon in order to get home in time to pick up my kiddies and get them into their own beds before starting a new week. Thank goodness for my mommy and her willingness to take my little hellions for four days so I can have a good time.

My little sister and her husband will be going with me, so if you see them tagging along be sure to say hi. They won't know what to think about all this conference stuff, and I'm looking forward to introducing them to my author buddies.

I hope to see you in New Orleans!

*Image from nvadim on SXC.hu*
Posted by Christie Silvers at 7:00 AM 4 comments:

It's that time of the year, again. Time for my annual Halloween Giveaway and my favorite time of the year! This year it's going to be a little different than in previous years, so be sure to read the following closely.

This year the giveaway will run from October 15th through October 31st. Each person will be able to collect multiple entries simply by completing a small list of "tasks". However, the main aspect of the giveaway will be the number of new fans we can bring over to the Facebook page. The more fans brought over, the more goodies at the end of the giveaway.

Starting on day 1, each day we can bring over at least 10 new fans to the Facebook page one more item will be added to the giveaway box. I'm starting the giveaway with the first three books of the Liz Baker series, in paperback form, autographed. On day 2 (after 10 more new fans) I'll add an Ambrosiacs coffee mug. On day 3, I'll add an Amazon gift certificate. Day 4, a bottle of nail polish. Day 5, candies. And on and on until Halloween!

And if we get 10 new fans for every single day of the giveaway, I'll add one more bonus goodie...bringing the grand total a whopping 20 items in the box!

The amount of goodies in the giveaway box on Halloween will be completely up to how many people participate in bringing new and potential Ambrosiacs over to the Facebook page. There could be 3 books or 20 items at the end. Let's see what you guys and gals can do! I hope I'm giving away 20 items instead of just 3.  ;) I'll keep a list of current goodies below.

To enter, start completing tasks through the Rafflecopter below!

a Rafflecopter giveaway
Posted by Christie Silvers at 7:00 AM 21 comments:

Many of you reading this are friends/fans/followers on Facebook and Twitter, so you already know the difficulties my family has been going through the last month. But for those who don't...

Tim's dad, my father-in-law, has been extremely sick due to COPD, emphysema, and a mass on one lung. We started the month of September with one of his routine breathing "attacks." That led into a nine day hospital stay, during which he developed a DVT in his left leg.

After that, there was a week in a nursing home for rehabilitation on the left leg. After a week there he had another severe "attack" and was sent to the emergency room. That was ten days ago. FIL has gone downhill from there. Not just downhill, but a landslide down the side of a mountain.

He isn't expected to survive to the coming weekend.  :(

What does this have to do with the next Liz Baker book being postponed?  A lot, actually. Since my husband is an only child I've been dealing with his dad's problems. I'm the one watching over him, I took him to doctor appointments the week before this started, I'm the one he asks for when he's lucid enough to want me, and I'm the one who sits at the hospital with him. At the end of the day, I'm out of time.

Therefore, the release for Haunted by Death must be postponed until I have time to give it the time it deserves. I was hoping to have it released before I head to New Orleans for the Undead Con at the end of the month, but that's just not going to happen.

All in all, I will get it released, but it won't be until November.  I am so sorry to all of you waiting patiently (and some not-so-patiently, lol) for the next installment of Liz's life, but please bare with me until we get the matter of Tim's dad taken care of. The nurses and doctors aren't giving him long left to live, and we want to be there as much as possible for what time he does have.

Posted by Christie Silvers at 2:56 PM No comments: